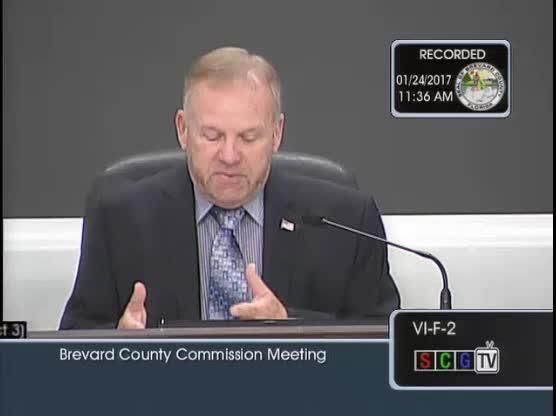 In 2014 when then-candidate Curt Smith was asked by the Florida Today what he hoped his legacy would be if elected, his answer was when other future Commissioners were faced with difficult decisions, they would ask “what would Curt Smith do?”

One thing future Commissioners won’t be looking to Commissioner Smith to be an example of is how to complete their financial disclosures.

“I claim ignorance. I didn’t know any better. I just didn’t know it was that critical that everything be itemized.”

The ethics violations are ironic given Commissioner Smith’s vocal dissent and derisive comments toward District 3 Commissioner John Tobia last year when Tobia proposed an ordinance to require lobbyists to register with the county. In spite of being the recipient of several campaign donations from lobyists, Smith opposed the ordinance as unnecessary, and boasted about how ethical the current commission was. He mocked Tobia’s proposal as “a solution in search of a problem.” The ordinance mirrored one already in place in the state legislature.

In addition to his hypocrisy on the lobbyist ordinance and subsequent ethics reform proposals put forth by Tobia, Smith has reneged on numerous campaign promises since being elected, including his promise to defund the Brevard Economic Development Commission, his promises to cut spending and taxes, and his vow to support former District 3 Commissioner Trudie Infantini, whom he said would think “she had died and gone to heaven” should he be elected.

Smith routinely voted against Infantini, sat by silently while she was repeatedly bullied by former District 1 Commission Robin Fisher in spite of his campaign promises to bring civility to the commission, and publicly belittled her as not being leadership material.

Mick failed to mention Nye filed an ethics complaint against John Tobia regarding the inclusion of prepaid postage on mail pieces containing petitions during his last campaign for re-election as a state representative. The Commission on Ethics found the complaint to be without merit.

“The fact is, these are elected positions, so by definition, anything related to them is political,” Nye said. “To say the violations are unimportant because of who filed them or why, is to turn the notion of objective law on its head.”

Nye filed to run for the District 52 state house seat currently occupied by Thad Altman in September of last year.

The Brevard County Commission controls an annual budget of around $1 billion, of which approximately $250 million is discretionary spending. Both Barfield and Smith admitted they didn’t exercise care when completing the financial disclosures, with Smith stating “I claim ignorance. I didn’t know any better. I just didn’t know it was that critical that everything be itemized.”

— Intangible property: Identify the type of property and the business entity or person to which or to whom it relates. Do not list simply “stocks and bonds” or “bank accounts.”
For example, list “Stock (Williams Construction Co.),” “Bonds (Southern Water and Gas),” “Bank accounts (First National Bank),” “Smith family trust,” “Promissory note and mortgage (owed by John and Jane Doe).”

“If these two can’t or won’t follow simple instructions like these, do you really want them voting on things as important as taxes, spending and infrastructure?”, Nye asks. “What else do they gloss over or ignore in their roles as County Commissioners, and at what expense to the taxpayers?”

According to the Florida Commission on Ethics, since 1987, and prior to Nye’s complaints against Barfield and Smith, there were 14 ethics complaints filed against Brevard County Commissioners, three of which resulted in penalties or fines. All three of those were in the last 13 years.

“Now there have been two complaints against Commissioners serving on the same board within the same year, both resulting in fines.” Nye said. “Yet Commissioner Smith would have us believe the taxpayers of Brevard have nothing to worry about.”

3_17003 Report of Investigation by Matthew Daniel Nye on Scribd

ABOUT US
Elect a watchdog, not a lapdog!
Contact us: [email protected]
FOLLOW US
© 2019 Matt Nye for State Representative, District 52. All Rights Reserved. Political advertisement paid for and approved by Matt Nye, Republican for Florida House, District 52.
MORE STORIES