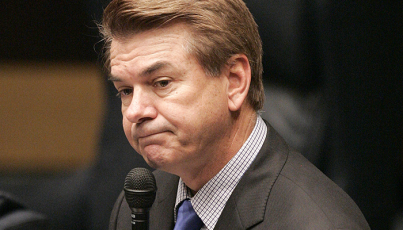 Last week I was given the opportunity to debate my Republican primary opponent Thad Altman and the Democratic challenger Seeta Begui at a forum sponsored by the League of Women Voters and the Florida Today.

In my opening statement, I went after Representative Altman for drawing more than a million dollars of taxpayer money during the last six years through his sweetheart, do-nothing job as the President of the Astronaut Memorial Foundation (AMF). Rep. Altman wasn’t allowed to rebut my opening statement, but he responded in his closing statement with an absolute whopper.

Please fast forward to 1:56:53 of the video below to hear Rep Altman’s proclamation, then scroll down in this email and decide if his closing statement displayed a stunning lack of knowledge, or a shameless display of dishonesty:

That’s right – you heard that correctly. Altman actually closes with “I don’t get paid a penny from taxpayer funds… not a dime.”

In fact, the non-proft Astronaut Memorial Fund is funded in part by the proceeds of Space Shuttle specialty license plates from the state. Below is the most recent copy of their audited financial statement I could get through Florida’s public record laws – which, by the way, I could only use because the AMF is funded by taxpayer dollars! Scroll down to page 5 to see the proceeds from the state license plate fees.

As you can see, almost half of the AMF’s funding comes from the sale of Space Shuttle license plates – $512,025 to be exact. That means Altman personally consumes a third of the AMF’s state funding with his $169K annual salary!

So, this begs the question: is Thad really so dumb he doesn’t know where his bread is buttered? Or did he just flat-out lie to the voters? I think we both know the answer.