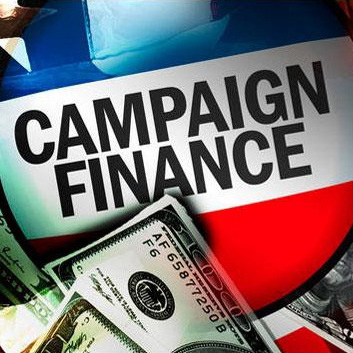 It’s easy to see why so many Americans and Floridians have lost faith in politicians and the integrity of our elections. For years, powerful incumbents have rigged the rules of the game in their own favor, making real change difficult to accomplish.
Under current Florida law, state lawmakers and the power brokers who back them can legally launder millions in special interest contributions through unaccountable political committees. These committees are not subject to the limits individuals and candidates are, meaning they can raise and spend unlimited sums of money on behalf of candidates. When this money is kept in the shadows, the people of Florida are kept in the dark. We have no idea which special interests are buying favors from our lawmakers!
These provisions have served to make individual and corporate limitations on contributions to political candidate’s campaign accounts meaningless. This has resulted in an unprecedented increase in special interest contributions to committees controlled by legislative leadership and also to the political parties in Florida.
As a result, legislative leadership routinely colludes with political parties and well-heeled lobbyists to protect incumbents and reward donors with special access. It has to stop.
The people of Florida deserve better. If elected, I will fight for campaign finance reform to end the legal laundering that sells our legislature to the highest bidder. I will pursue reforms that bring dark money into the light and return government to the people.