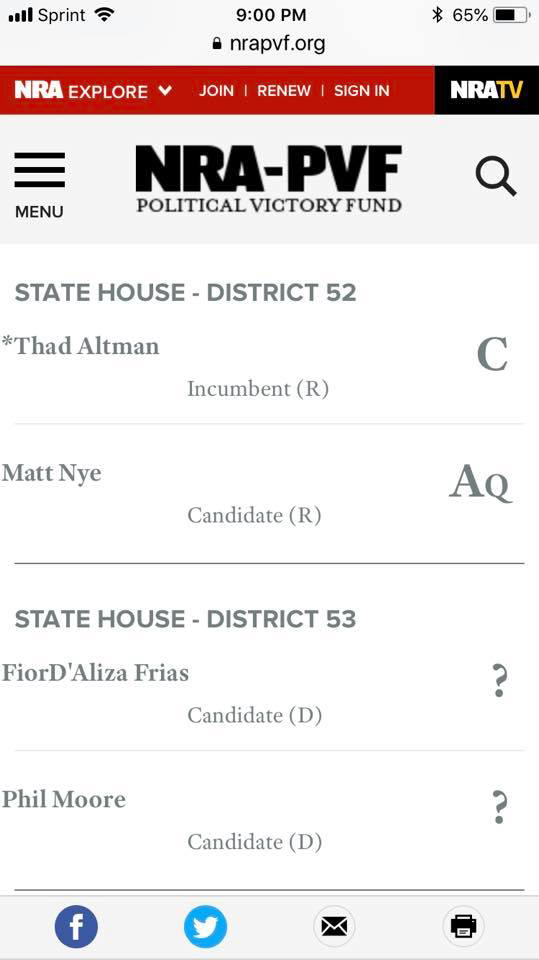 Constitutional rights are non-negotiable, and that is why we must always protect Floridians’ second amendment right to keep and bear arms.

I am personally disgusted by the efforts of pretentious politicians who — from behind walls of armed guards — try to disarm our law-abiding citizens. Gun owners are considered “guilty until proven innocent” by these meddlesome restrictions, which often prevent citizens from protecting themselves, their families and their property.

As a member of the State House, I will work toward the total elimination of government-imposed “gun free zones.” I also support overturning the state ban on open carry of a firearm, which will deter crime and honor each person’s right to self-defense.

Constitutional rights do not belong to certain privileged groups. They belong to all Americans. That is why I will support the right of those with concealed weapons permits to carry a firearm on public college campuses in Florida. These campuses are currently under mandate as “gun free zones,” which makes them more likely to be targeted by a potential attacker. It’s our responsibility as stewards of our Constitution and our public university system to ensure that basic rights — including the second amendment — are protected on campus.